2022 Cheltenham Festival: A look at the favourites for the Top Trainer accolade
Skip to content 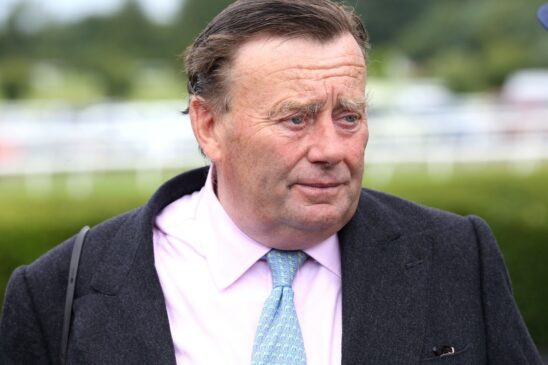 The Cheltenham Festival is on the horizon and the fight for the prestigious Top Trainer award looks set to be even more fiery than last year. Willie Mullins just edged Henry de Bromhead to the personal accolade, pipping his Irish counterpart to the award on the basis of more placings after both trainers finished the Festival on an impressive six victories.

However, the return of Gordon Elliott, who has now served his ban from the sport after that controversial picture of him mounting a dead horse in his yard was leaked in the build-up to Cheltenham last year, adds an extra bit of spice to this year’s meeting.

The Irish trio will likely combine to pile more misery on the British in the lopsided battle for the Prestbury Cup, but Elliott’s main focus will, undoubtedly, be on his own contingent, many of which are favoured in the online odds on horse racing, and getting his hands on that Top Trainer trophy for the third time of his career.

Unfortunately, it looks like the Brits’ wait for another victory is set to be extended to 10 years. So, without further ado, let’s take a look at the favourites for the Top Trainer award. Read on to find out more.

While Mullins won the award for a third successive time last year, many would still argue that De Bromhead had the better Festival overall. In fact, the Irishman’s only championship victory came from Allaho in the Ryanair Chase — a rarity as far as the 65-year-old is concerned. With the likes of Ferny Hollow (Arkle Chase), Sir Gerhard (Ballymore Novices’ Hurdle), Galopin Des Champs (Festival Novices’ Chase), Energumene (Champion Chase), Allaho (Ryanair Chase) and Klassical Dream (Stayers’ Hurdle) all at the fore of the ante-post markets for their respective races, it’s no surprise that Mullins is the odds-on favourite to take home the Top Trainer award again.

He may have lost some of his best horses to his Irish rivals in the wake of that leaked image last year, but Elliott still comes in as the, somewhat surprising, second favourite to win the Top Trainer award for the first time since 2018. Run Wild Fred (National Hunt Chase), Tiger Roll (Cross Country Chase), Ginto (Albert Bartlett Novices’ Hurdle) and Galvin (Gold Cup) are some the 43-year-old’s best chances of glory, but it is hard to see him really bringing a competitive fight to Mullins and rack up the number of winners needed to secure the Top Trainer award.

At odds of around 5/1, De Bromhead is sure to get a lot of backing in the Top Trainer market before the Festival gets underway in mid-March. His success was arguably from left of field last year, as he won three of the five championship races — the Champion Hurdle, Queen Mother Champion Chase and the Gold Cup. He certainly won’t have the benefit of sneaking in unannounced this year, but the likes of Bob Olinger (Turners Novices’ Chase) and Honeysuckle (Champion Hurdle) are as close as you could get to certain winners, while A Plus Tard stands a great chance in the Gold Cup. He might not reach the heights of six again, but he’s certainly on course for around four winners.

Nicky Henderson is Britain’s best hope of glory, but it’s hard to see the 71-year-old in the winners’ enclosure more than two or three times. Paul Nicholls, who amazingly didn’t land a single winner last year, is a massive outsider at 50/1.