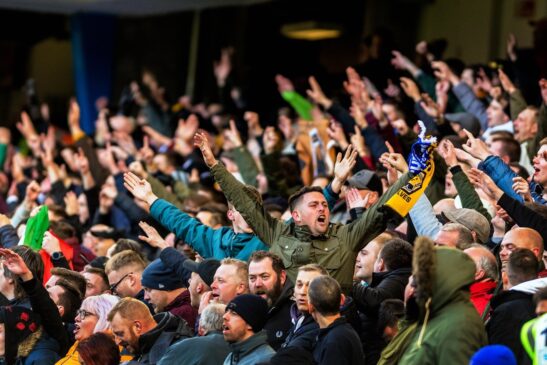 With the turn of the new year brings fresh hope and optimism for Premier League fans. Supporters have been allowed to stay at maximum capacity inside stadiums and with a World Cup to end the year, 2022 certainly looks an exciting prospect.

The year just passed was a strange one, with the majority of matches taking place behind closed doors, picking football odds today was extremely difficult and the lack of atmosphere made a winning goal eerily quiet at times throughout the country. There were still plenty of great matches though so read on as we go through some of the best Premier League games in 2021.

Thomas Tuchel’s first year in charge of Chelsea will be remembered for his Champions League medal more than anything. The Blues were emphatic in Europe but came up short domestically after losing the FA Cup final and finishing fourth in the league. A big part of their drop off in the title race was their home form, which was demonstrated in a 5-2 thumping courtesy of West Bromwich Albion. The Baggies struck five at the Bridge in a game that was overshadowed by an early Thiago Silva red card, with the West Midlands outfit capitalising on the extra man to come from behind and earn a massive three points. It may not have been enough to keep them up, but it was certainly a highlight in West Brom’s brief Premier League stint.

Following a season plagued by injuries, Liverpool needed a win at Old Trafford, a ground they hadn’t taken anything from since 2014, to ensure they would be in the Champions League next season. Having one eye on the Europa League, Manchester United stormed into a 1-0 lead through Bruno Fernandes, but in a game that further emphasised Ole Gunnar Solskjær’s capitulation, United let the lead slip when a Roberto Firmino brace, adding to Diogo Jota’s equaliser put the Reds ahead, and Mohammed Salah sealed things up in the games dying embers in dramatic fashion.

In terms of out and out quality, this was perhaps the Premier League at its very peak. If you were to show someone a game of football for the first time it would be this one. First versus second, City game to Anfield in lukewarm form but persisted with their possession based gameplan to create a plethora of chances. The Reds took the lead courtesy of Sadio Mané before City drew level. The heavens opened in the final minutes on the pitch when Liverpool’s ‘Egyptian King’, Salah, scored one of the best individual goals you’re likely to see this season. But it still wasn’t enough to secure all three points when Kevin De Bruyne levelled things up five minutes later. A true spectacle, it often forgets to be mentioned that Rodri also cleared a last minute Fabinho chance off the line!

Perhaps one of the games that was overlooked due to less fashionable teams participating, but a 3-3 draw between Newcastle and Premier League new boys Brentford was an attacking classic filled with plenty of entertainment. Thomas Frank’s side had quickly established themselves as a fearless unit and despite going 1-0 down they replied swiftly via talisman Ivan Toney, eventually storming into the lead before Allan Saint-Maximin rescued a point for a Magpies side on the cusp of relegation this season.