What is Corrosion? - TIMES NEWS BLOG
Skip to content

Corrosion is the natural conversion of refined metal to a more chemically stable state, such as hydroxide, oxide, or sulphide. It is the progressive degradation of materials, most commonly metals, as a response to chemical and/or electrochemical reactions with their environment. The progressive deterioration of metals induced by air, humidity, or a chemical change (including an acid on their surface), is corrosion. The most typical example of metal corrosion is rusting, a brown flaky substance on iron articles, when introduced to moist air.

Chemistry is a discipline of science that deals with the study of substances and the compounds that comprise them. It is crucial to understand that chemistry studies the links between matter and energy. The five primary branches of chemistry are physical chemistry inorganic and organic chemistry, biochemistry, and analytical chemistry.

Process of corrosion and its type

Corrosion is the process through which treated metals return to their original oxidation states. In the reduction-oxidation reaction, the metal is oxidized by its surroundings, which is commonly oxygen in the air. The various types of corrosion are listed below.

Galvanic corrosion is most commonly seen in galvanized iron, a steel or iron sheet that has been zinc-coated. Although the protective zinc coating is lost, the core steel is unaffected. When two different materials are mixed in a corrosive electrolyte, galvanic corrosion (dissimilar metal corrosion) occurs.

Crevice corrosion happens in restricted places with limited access to the environment for the working fluid. It is another harmful type of localized corrosion. Crevice corrosion occurs when metals come into contact with metal, or metals with non-metals, such as couplings, gaskets, and joints.

Pitting corrosion (pitting) is localized corrosion that causes tiny holes to appear in metal. Zinc phosphate priming is one of the most common coating techniques for protection from pitting corrosion. It is, for instance, was created specifically to improve corrosion resistance. Zinc spraying metalizing is a powerful anti-corrosion technique.

Corrosion that occurs at a constant rate over an exposed metal surface is known as uniform corrosion. In natural environments, oxygen is the principal source of uniform corrosion of steels, and other metals & alloys. Uniform corrosion includes rusting, nickel fogging, silver tarnishing, etc.

How do you prevent metal from corroding?

When corrosion is identified, the only method to fix this is to eliminate it. Light surface corrosion can be eliminated by abrasion (which is dependent on the metallurgy of the corroded portion), accompanied by a corrosion inhibitor like zinc-chromate primer, additional primer, and ultimately paint.

Corrosion can affect a variety of items to varying degrees. As a result, it mainly results in the squandering of natural resources. It can also result in dangerous circumstances such as,

As a result, it is critical to monitor and avoid corrosion in all circumstances. 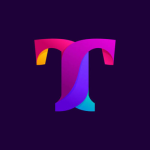