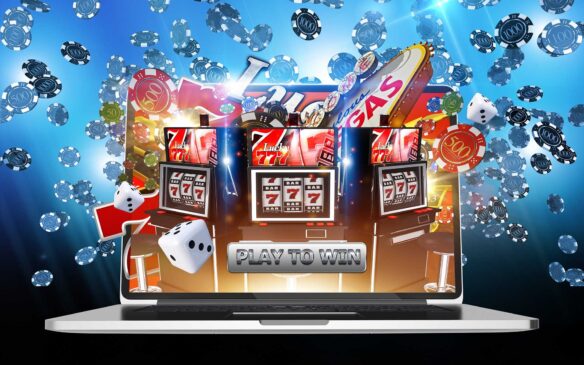 Some industries have just exploded in the last decade, with online betting, video games and the online casino industry being the most notable ones. Explosive Sprint is a new element in FIFA 22, the newest installment in EA’s long-running soccer franchise.

It gives the top players a burst of straight-line speed that they can utilize in one-on-one scenarios — draw the opponent in by slowing to a strolling pace, then rush away from them, virtual thigh muscles burning with digital exertion, sweating index fingers squeezed against plastic buttons.

The impact only lasts a few seconds – just long enough to pull you ahead, but not long enough to build up a larger lead or accelerate to full speed. It might also be seen as a metaphor for the game. FIFA 22 is the first game in the franchise to be released on next-generation platforms, but it seems more like a blip in the sky than the run into the wide grass beyond what it might have been.

That’s not to suggest the game isn’t enjoyable. Of course, the visuals are fantastic – especially for the greatest players; Ronaldo and his ilk have jumped out of the uncanny valley like they’re battling for a corner header.

It’s not just the cutscenes and close-ups, though. As a teenager, you may recall being mildly perplexed when elders would stroll into the room while you were playing and not be able to determine whether it was a video game or a real game of soccer being broadcasted on television.

Hypermotion Technology: The New Headline For An Old Game

‘Hypermotion,’ as EA calls it, is one of the biggest enhancements this year. Instead of recording individual players in a studio, developers placed motion capture suits on 22 players and captured them throughout a whole match on a real pitch for the first time.

The result is hundreds of additional animations that add realism to the game. Players fret with their armbands and shout instructions to one another; they slide in for tackles with a passion that can only be seen in a contest.

Players will change their stride to respond to a bouncing ball and recover from collisions more quickly, resulting in fewer comical instances when your central defenders fall over one another, leaving a striker free for goal. The goalkeeping system has been updated, and ball physics has been changed so that cross-field passes zip rather than drift from wing to wing.

All of this adds up to a game that seems genuine, but the fun of a sports simulation game is mostly based on the feeling. It is, however, quite futile to analyze how a FIFA game feels since the producers will make hundreds of changes to different parameters throughout the following year. Someone who first downloads FIFA 22 next summer will have a completely different experience than someone who plays it now.

Having said that, most players’ first thoughts of the game are that it is quite pedestrian. Players seem to be hesitant to get going – unless they’re employing an explosive sprint, of course – and games may soon get bogged down around the middle.

The incisive through ball isn’t as effective as it previously was as an attacking weapon. It’s partly a matter of adjusting, like driving a new car, for casual players – in a few weeks, you’ll probably be so engrossed in the new and improved career mode (such as playing as Pedri, the Barcelona Young Gem) that most will have completely forgotten about whatever issues they had at the start.

Gamers often complain that EA overcharges for what is effectively the same game year after year. That isn’t the case here (at least on next-gen platforms) — FIFA 22 is a significant step forward, but it seems like a squandered chance to showcase the potential of next-gen systems and create something genuinely spectacular.

Konami has experimented with a free-to-play version of their main soccer franchise, for better or worse. In the perspective of the once-ferocious rivalry between FIFA and Pro Evo, FIFA 22 seems like a compromise — just enough effort to keep ahead of the pack. It does comfortably so, still, by some distance, being the best soccer game on the planet.