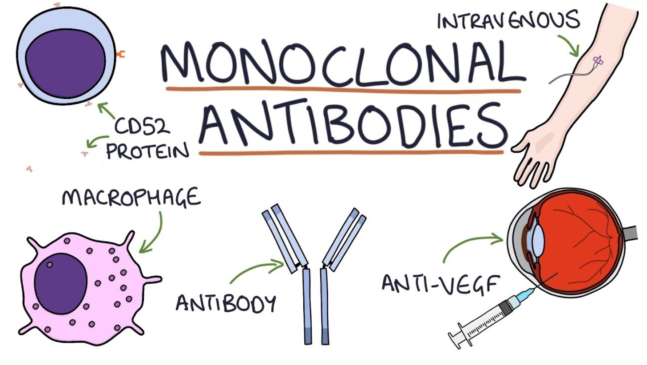 Podocalyxin (PODXL) monoclonal antibody is produced by immunizing mice with recombinant human PODXL snipprotein, isolating PODXL-producing B cells, fusing PODXL-producing B cells with myeloma cells, injecting PODXL-producing hybridoma cells into the abdominal cavity of mice, and collecting mouse ascites are all steps in the production process. Protein G was used to purify this PODXL antibody from mouse ascites fluids. It has a purifying rate of up to 95%. It reacts with human, mouse, and rat samples that contain the PODXL protein. Boster PODXL monoclonal antibody has been tested in ELISA, WB, IHC, IP, IF, and FC applications to ensure its purity.

What is Podocalyxin (PODXL)?

Podocalyxin is also expressed in the fetal liver by definitive multilineage hematopoietic progenitors and erythroid precursors. With additional embryo maturation, podocalyxin expression gradually decreases until it approaches near-background levels at birth. A postnatal boom of expression follows, which corresponds to the seeding of new hematopoietic progenitors in the spleen and bone marrow. Podocalyxin expression begins to drop shortly after, and by 4 weeks following delivery, it is restricted to a small population of Sca-1+, c-kit+, lineage marker- (Lin-) cells in the bone marrow. These uncommon podocalyxin-expressing cells may serially reconstruct myeloid and lymphoid lineages in lethally irradiated recipients, implying that they contain HSC activity.

Podocalyxin belongs to transmembrane sialomucins. It is overexpressed on podocyte foot projections and is involved in kidney growth and homeostasis, as well as blood filtration and urine production. Vascular endothelial, hematopoietic progenitors, and a fraction of neurons all express it. Podocalyxin overexpression has been associated with more aggressive tumor behavior. Podocalyxin antibodies can detect podocytes in the urine (podocyturia), which can be a sign of glomerular disease, pre-eclampsia, or other kidney problems.

Podocalyxin, a protein produced on undifferentiated human embryonic stem cells (ES), embryonic carcinoma cells (EC), and embryonic germ cells, is recognized by the monoclonal antibody (EG). Podocalyxin, like CD34 and endoglycan, is a highly glycosylated cell adhesion protein. It was discovered to be elevated in a range of human malignancies, including breast and prostate cancer after it was first discovered on kidney podocytes.

The epitope identified by the B34D1.3 antibody, like other stem cell-specific markers, is lost when cells differentiate. The ectodomain of podocalyxin is recognized by the antibody, which is not the same epitope as the Tra-1-60 and Tra-1-81 monoclonal antibodies. While Tra1-60 has been shown to react with a sialidase-sensitive epitope, Tra1-epitope 81’s has yet to be identified.

Adhesion, cell morphology, and cancer growth are all regulated by this protein. By charge repulsion, it acts as an anti-adhesive molecule that keeps an open filtration pathway between nearby foot processes in the podocyte.

In an integrin-dependent manner, it serves as a pro-adhesive molecule, improving the adhesion of cells to immobilized ligands, increasing the pace of migration and cell-cell interactions. The development of apical actin-dependent microvilli is induced. During renal tubulogenesis, it is involved in the creation of a pre-apical plasma membrane subdomain that sets up initial epithelial polarization and apical lumen formation.

Through its interaction with the actin-binding protein EZR, it plays a role in cancer growth and aggressiveness by stimulating cell motility and invasion. Increases the activity of the MAPK and PI3K pathways in cancer cells by affecting EZR-dependent signaling events.

Read More: How Good is Adding Nutritional Supplements to Your Diet and Workout