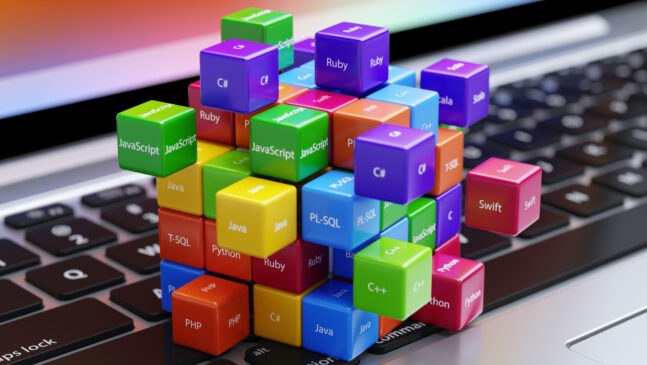 It’s no secret that Python is one of the most popular programming languages around. It’s been ranked as the # 1 programming language to learn in 2021 by the PYPL Index. But what makes Python so unique? Well, for starters, it’s incredibly versatile. Python can be used for everything from web development and data science to artificial intelligence and machine learning. Plus, it’s relatively easy to learn, especially compared to other languages like Java and C++. So if you’re looking to get ahead of the curve, Python is a language you should consider learning in 2022.

If you’re looking for a programming language to help you get ahead in 2022, you should consider learning Go. Also known as Golang, Go is a powerful, open-source language becoming increasingly popular with developers. While Google initially developed it, it is now used by several major companies, including Uber, Twitter, and Dropbox. Go is particularly well suited for web development and microservices, and it’s also straightforward to learn.

Furthermore, it’s a valuable tool for integrating numerous Google-developed projects, such as Kubernetes. To better interact with projects like Kubernetes and additional project solutions for containerization, you may want to consider learning Go.

Java is one of the most popular programming languages globally, and for a good reason. It is versatile, reliable, and relatively easy to learn. In addition, Java is platform-independent, meaning that programs written in Java can be run on any operating system. As a result, it is an ideal choice for developing cross-platform applications. While Java has been around for over two decades, it shows no signs of slowing down. In fact, according to a recent survey, Java is the most popular language among developers. With its vast ecosystem of tools and libraries, there is no limit to what you can do with Java. So if you’re looking to learn a new programming language in 2022, be sure to give Java a try.

Anyone who wants to get into programming should consider learning JavaScript. It is a universal language used for front-end web development, server-side scripting, and even game development. What’s more, it is relatively easy to learn, especially compared to other languages such as Java and C++. And according to the latest survey from Stack Overflow, JavaScript is the most popular programming language among developers. So if you’re looking to get ahead of the curve, learning JavaScript is an excellent place to start.

Even though “C++” may sound like a bad grade in math, it’s actually one of the most popular programming languages, and it’s even considered to be a “gateway” to other programming languages. C++ is a powerful language that gives you much control over how you want your code to behave. It’s also fast, so it’s often used for system programming, gaming, and other time-sensitive applications. If you’re looking to get into programming or improve your skills, learning C++ is a great choice. Just don’t forget to buckle down and study hard – after all, you don’t want to end up with a C-.

Swift has been around for a few years now, and it has rapidly ascended to the top of the programming language charts. And there’s a good reason for its popularity: Swift is incredibly versatile, easy to learn, and has a growing community of passionate developers about its potential. So if you’re looking to get started in coding or add another skill to your toolkit, then learning Swift is a no-brainer. Here are just a few reasons why:

First and foremost, Swift is incredibly versatile. It can be used to develop mobile apps and build complex web applications. And because it’s built on top of Apple’s robust Cocoa frameworks, it has access to all of the same powerful tools and libraries.

SQL is the undisputed champ when it comes to programming languages. It has been around for decades and is still going strong. So if you’re looking to get into programming, there’s no better language to learn than SQL. It is versatile and can be used for various tasks, from managing databases to creating web applications. Plus, it is relatively easy to learn, especially compared to other languages such as Java or Python.

So, there you have it: these seven programming languages will be in high demand over the next few years. Mastering any of these will give you a competitive edge in the job market and help keep your skills sharp. Which language will you learn first with so many options to choose from?